The Typology of Sporting Venues, Stadiums and Arenas

The typology of sporting venues has continuously evolved over the centuries. Originally a large tiered structure surrounding an athletic racecourse, stadia are now defining landmarks of towns, cities and countries. A quote from American architect Dan Meis, known for his design of the Staples Center in Los Angeles, California stated that “the best stadium would be not to build it at all”. With a renowned stadium architect touching on the removal of the stadium form as is currently known in the future raises a concern on the sustainability of stadium design, In addition to that, “The average cost of a football or baseball stadium built since 2000 is $528 million”. A substantial amount of money is invested into stadium projects and with many stadiums and arenas they are only used during the seasons of the hosted sports teams. Therefore, with hundred million dollar investments, it would be fair to state that there is an increasing demand for more revenue from these projects. Modern stadia need to find new ways to fill space outside game day. Why is this important? In the official report for the economic impact of the Premier League by Ernst and Young, the Premier League and its clubs together amassed over $6.2 billion in economic output that contributed approximately $3.4 billion to national GDP in 2013/14. 20% of that income was generated through match-day sales.

The stadium has always been the most iconic building in the city. From the Colosseum in Rome, to Soldier Field in Chicago, the stadium is the urban space where cities gather to express their civic pride. Stadia are the icon of the community that surrounds them. Wrigleyville in Chicago would be nonexistent if it were not for Wrigley Field. No other building typology has the same effect that stadia have on a city. The stadium as a building typology can not be understood without understanding the society in which it resides. Stadiums are the icon of the city. They represent the culture and views of the society; It comes as no surprise that today’s American city wants to express the prominence of sport. The city receives instant credibility when it expresses its role in the zeitgeist. This idea is not new to modern times. For example, Santa Maria del Fiore: in Florence was built to shift the religious focus from Rome, and brought the first papal visit to Florence. The Duomo instantly gave Florence power and prominence in the Christian faith. The Florentines understood that building the greatest cathedral in the world would bring people to their city. Shortly after Santa Maria del Fiore, Rome began construction on New St. Peter’s in order to regain the Christian focus. This is very similar to sport stadia in America today. New stadiums are built to bring attention and cultural power to the city or team. 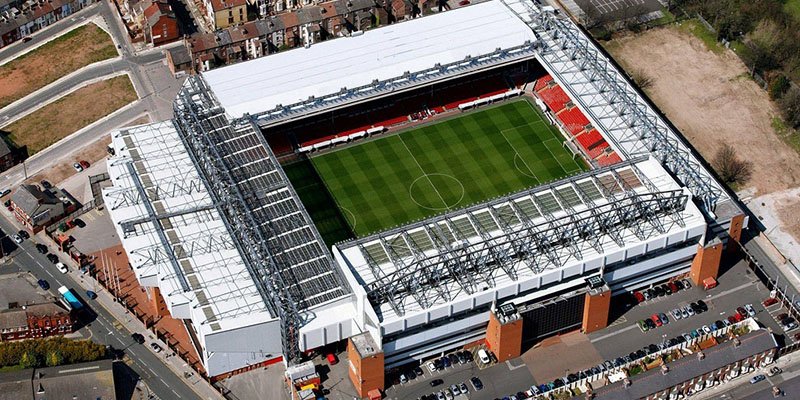 Many stadiums are publicly owned in America. This should come as no surprise in a capitalistic society, where franchises can leverage their existence in a city in order to profit. Professional sports’ franchises are commodities, and cities and the pro-sports leagues understand that. Cities must compete with each other in order to host one of these franchises. The city needs the team more than the team needs the city. Certain teams have associated themselves with certain cities, but it has been proven before that teams are not bound to a city – The identity of the team, however, is. When Art Modell moved the Browns to Baltimore, a civic outcry occurred. Modell moved the team, but the ‘Browns” never left the city of Cleveland. The team is not its own entity. It is a complex structure that includes the city and its fan base.

Access to the stadium site needs careful study as the existing infrastructure may be inadequate. Rail, underground, tram, airport and road (from local roads to motorways) newvorks will all need to be able to cope with increased demand on event days. It is essential to have a comprehensive picture of the road and rail links in the surrounding area in order to evaluate accessibility both for the general public and for emergency services vehicles.

Installing a new stadium seating system is a major operation involving careful thought and planning, with safety and a positive spectator experience para- mount to any design and installation. Crowd participation is an integral part of the spectator experience, creating the all-important positive stadium atmosphere. To achieve this, spectators must have a visual and audible connection with the game on the pitch. Seating must provide spectators with an unobstructed view and should be comfortable with easy access to exits and additional facilities. Stadium seating manufacturers offer a broad range of stadium seating with customisable options such as personalised embroidery or seat heaters, from VIP / executive style seating providing luxurious comfort, to general admission seats. 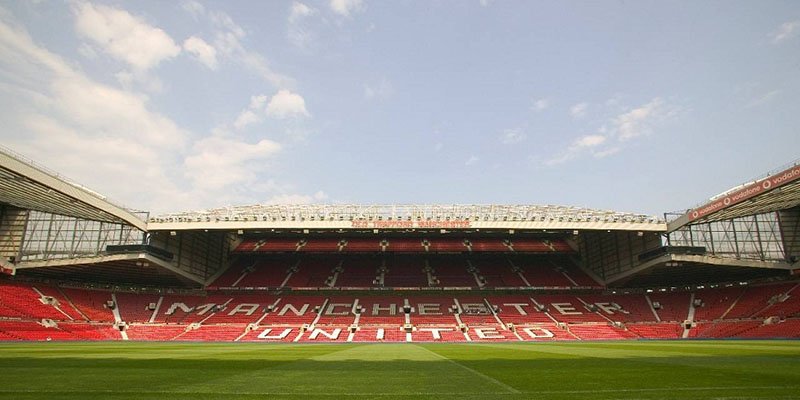 The stadium site itself should incorporate carefully designed and simple vehicle access routes that connect with the main road network. In terms of pedestrian access, safe and ample space (pavements, plazas, parks, etc.) should be available within the area surrounding the stadium in order to accommodate the large numbers of people who will be congregating on match days. Pedestrian routes should provide easy access to all private and public transport facilities, including car parks, railway and underground stations, tram and bus stops, taxi ranks, etc.

Spectators need to be able to get to and from the stadium easily, so a clear strategy for both public and private transport access should be devised, preferably before the site is purchased. A new stadium will need to be well connected to public transport services, such as rail, underground, bus and tram links. It must have good access to the main roads and motorways, including straightforward routes to the nearest airport and railway stations. The configuration of the access and egress scheme will depend on the location of the stadium and the surrounding transport systems. Stadiums in urban settings will obviously have much better access to public transport links. Semi-urban sites will have fewer public transport options, and out-of-town/ greenfield sites fewer still, increasing the need for new or improved road and motorway links.