A sports stadium can be seen as a huge theatre for heroic feats. It is this combination of dramatic function and monumental scale that leads to powerful civic architecture. 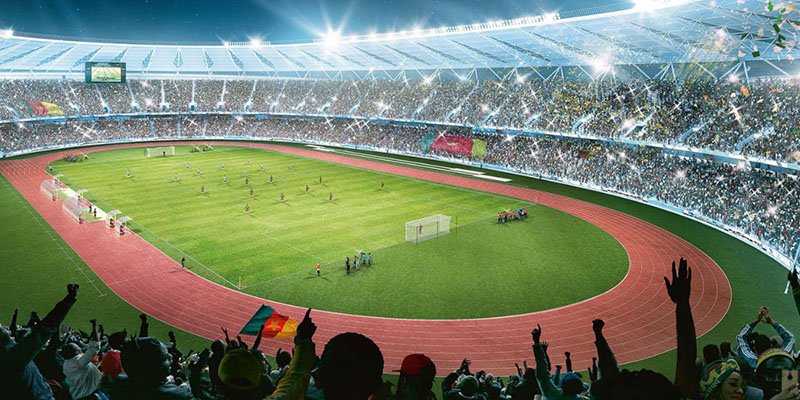 Although being built at an unprecedented rate, the stadium as a social symbol has been around for thousands of years. In early Mesoamerica, ballgame courts built as early as 1400 B.C.E were simple and relatively unchanged in form and aesthetic for nearly 2,000 years. The Romans built monumental architecturally detailed stadiums in their large urban centers. In America, the earliest major stadiums were built on some of our nation’s most prestigious universities. The University of Pennsylvania’s Franklin Feld was built in 1895 and is widely regarded as the oldest college football stadium in the nation. The designers of Franklin Feld turned to Europe and the stadiums of the past, such as the Coliseum for inspiration. The Yale Bowl, built on Yale’s campus in 1914, is one of the oldest examples of a relatively unchanged modern bowl form stadiums to be built in the early 20th century.

Throughout the history of the stadium, the building type has acted as a multi-faceted and tangible embodiment of a society. From the Colosseum in Rome and the ball courts of the Maya to the multi-billion-dollar Olympic complexes of the twenty-first century, the stadium plays multiple roles of connectivity and emblematic civic pride. It ic often a symbol of a city or country’: status economically, and is the place where a people come together to be a part of something larger than themselves, all while witnessing the spectacle for which that arena was built. These spaces are inherently public in their bringing together society to become something larger, as individuals rejoice and commiserate together in a celebration of civic pride. Often times the historic stadium has reflected this by playing a role in the urban fabric of the city it represent; from stadia like Stamford Bridge, nestled into the street of Chelsea, to Fenway Park in Boston.

Beginning in the twentieth century, there has been a shift in stadium design. No longer an urban player, the stadium is pushed to the outskirt of the city and inundated by a sea of parking. Government question spending the resources on building such facilities that are only used one day out of seven. Ifthe stadium is to rejoin the urban fabric, it must be a public space and active urban resource for the people and of the people of the city. This thesis returns the stadium to the urban fabric as an integral element of the community and a place for the people. As a soccer stadium for the Revolution, it will evoke the refined design of world class stadia in Europe and South America, bringing that caliber of venue to the shores of North America and the city of Boston as a symbol of the Revolution and the MLS’s arrival on the world stage.

The answer to these concerns is an evolution in this building type that has been around for centuries. If a stadium, such an undertaking of in frastructure, space, and money is to be constructed, then it must make the most of what it is. The space must be multi-functional, and it is the stadium designer’s and elected official’s duty to their community to design in such a way as to make the rnost use of the money being spent on these projects.

This thesis will explore the possibility of the stadium’s triumphant return to the urban core, becoming an integral part of the public realrn, Designed as a soccer-specific stadium, the facility will transform into a space that is used by the community even on non-match days, and will galvanize a fan base that will now be able to access the venue through public transportation, The stadium will create a new public space when not in use for its primary purpose, and will reinforce its bond with the community by becoming a landmark and a place that is utilized on an everyday basis by every member of the community, not simply the sports fanatic.

This multi-functionality of the stadium complex will ultimately be its greatest strength, providing its infrastructure to the community as a backdrop for the people to use for whatever they please, from flash mobs to protests, cultural celebrations to community events, This type of stadium will allow the event to spill out to the public, taking the idea of the public square to another level, Restaurants and bars designed into the stadium will become normally operating establishments during non-match days, and portions of the stadium itself will becorne usable for public activities.

The 1990s saw an unprecedented building binge for sports arenas and stadiums. Between 1990 and 2006, 82 new venues opened across the country — more than the total from the previous 40 years. Part of the boom came from a shift in the way the facilities were purposed. Historically, stadiums were designed in a horseshoe shape to house as many different events as possible, from football games to track meets to community pageants. But that’s no longer true. “We’ve been building these things fast,” says Dennis Coates, an economics professor at University of Maryland, Baltimore County, who has studied public financing of stadiums. “They have kind of proliferated, in part, because everything is for a single purpose.” – Ryan Holeywell 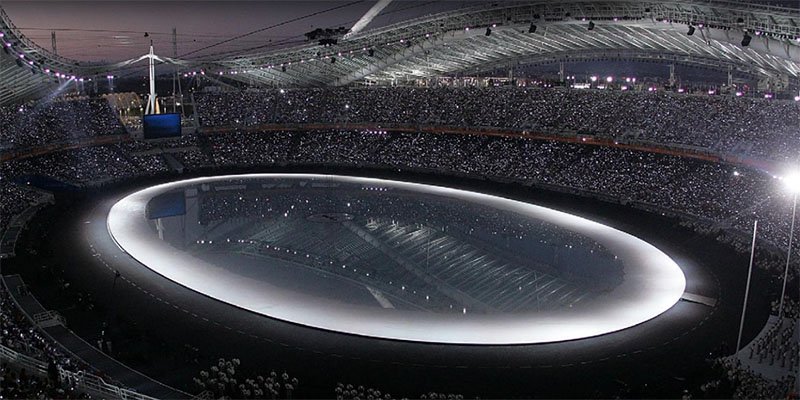 The built environment has long been a visual representation of the status of civilization and the importance a given society places on their respective institutions. Throughout history, civilizations have built mega-structures, pushing the boundaries of architecture, engineering, and construction, a] to showcase what they believe to be of utmost importance in their societies. These mega-structures have had an enduring impact on mankind, even today they have remained as lasting symbols of the civilizations that designed and built them.

The Ancients placed an emphasis on their religious buildings, which can be seen in both The Great Pyramids in Egypt and The Parthenon in Greece. The Romans and Medievals built upon the religious relics of the past and placed their emphasis on new building techniques and construction methods, which are exemplified in The Pantheon in Rome and across The Great Cathedrals of Europe. The post Renaissance age has brought about mega-structures designed to showcase the perceived economic strength of one country over the rest, which can be experienced through the previously unimaginable scale of the great Steel Structures of the 20th Century.

For many people of the 21st Century, sports have replaced religion, becoming a vast economic enterprise and pushing the boundaries of entertainment along the way. Therefore, over the past 25 years, our society has turned to the Stadium, as its mega structure of choice From high school football stadiums to prestigious private University Athletic Facilities, to Professional Sports Teams, National Stadiums, and even billion dollar Olympic Complexes have been built at an unprecedented rate.

The unfortunate reality of sport stadiums is that many are not designed to be fully experienced and inhabited outside of game-day or time slots of an event. It has become all to common to read about multi-million or billion dollar stadium designs that are now empty with little to no usage. There are many instances where the expectation of “multi-use” stadiums fails, leaving a city with this mega structure where activity flows around it rather than within or through. If sport stadiums are at such large sizes, ‘eve should rethink how and program usage truly impacts urban environment. This thesis contends that public money pays for a majority of these urban stadiums but unfortunately the public can only inhabit and utilize them on game-day.

Therefore, through strategies and tactics of architecture we shall re-imagine these urban stadium be for the public and benefit surroundings effectively and consistently. Currently, the city of St. Louis is in a situation where the Edward Jones Dome is left with no tenant after the NFL St. Louis Rams departed for Los Angeles. The team left because the stadium wasn’t deemed in the top one-quarter of the facilities in the league. This project will focus on redesigning the Edward Jones Dome into the home as a future MLS team while also serving as a public park space for the community on non-game day. Designing for the public is the ‘be all end all’ this thesis project. The aims of this thesis are to rethink of stadium’s place and relationship to the city. In addition, redesign a stadium to integrate with the city and serve as an integral piece within the community. Lastly, rather than having the stadium sit in the city and left empty on rethink how the space can be truly be for the community. The for achieving these aims are to use the stadium as the connecting piece to link different parts of the city together, open up the stadium both physically and visually by carving out in to lure the outside public and implement green spaces in order to have spaces of the stadium used as a public park to be inhabited and used daily. In closing, the positive effects on the public are the primary focus for this thesis project. Urban stadiums need to benefit impact the urban environment on a more consistent basis rather than these large structures sitting idle in cities. The public pays for majority of these designs, therefore, use them within their urban environments more consistently.