The podium is located at the best visual quality in the entire auditorium. Both the rostrum and the “infield” VIP lounges and competition venues should have direct and convenient access. The number of seats on the podium is mainly determined by local needs. Generally, it is 0.5 to 1% of the audience, and no more than 0.5% at the district and county level. There are two types of rostrum planes with and without an auxiliary platform. The podium with a secondary station is composed of the main station and a secondary station. When there is a major event, the secondary station is an extension of the main station, giving the VIP seats some room to maneuver. Generally, this arrangement can be used in large gyms. Most small and medium-sized pavilions are arranged without auxiliary platforms.undefined 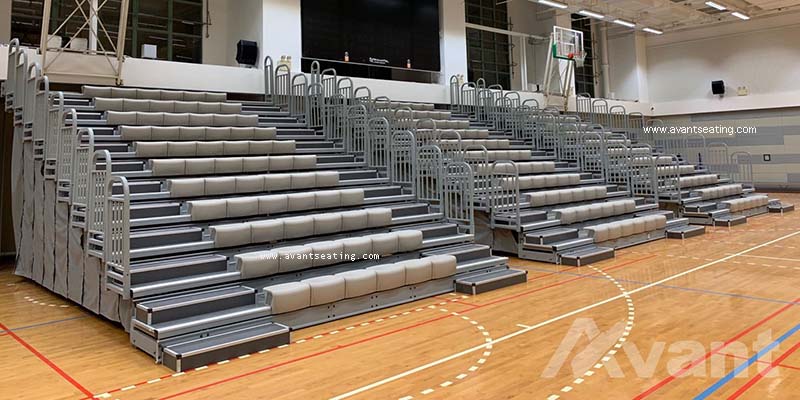 The referee seat is located opposite the rostrum. With referee workbench and necessary seats. Generally, the layout is slightly higher than the ground to facilitate communication with the site. Its length should also be less than the rostrum. The main work carried out on the referee’s stand includes timing, scoring, recording, broadcasting, and other manipulations, and consoles. A total of 15-20 people need to work in the referee seat. The referee console is a general hub for displaying time and scoring when performing various games, so its composition is more complicated and it cooperates closely with each part. Due to the different equipment and requirements of each hall, the layout on the referee table is also Changes accordingly.